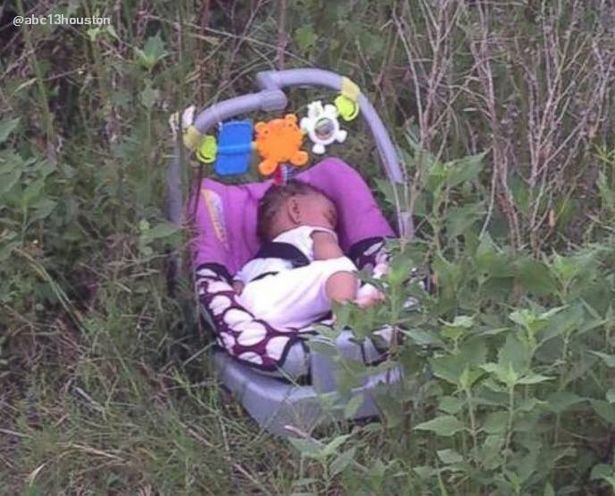 One of the scariest things we have to face as parents is the possibility of something happening to our children.

It only takes a second, folks. And it happened to one Houston Mom.

While at a gas station in Houston, a thief stole the car baby Genesis (8-months old) was in. Police were called and an Amber alert was issued.

After a while, the car was found, but baby Genesis was missing.

Yesterday morning (Tuesday) a jogger called 911 after hearing a baby cries coming from the bushes along the side of the road. Police were thrilled to see baby Genesis was ok and still in her carseat. She was taken to Texas Children’s Hospital.

Police are continuing to investigate the incident and have yet to release any further information.

Baby Genesis Haley is said to be in good condition.

You can watch a video on the story here.

Trying to Get Baby to Talk Backfires on Mom
Dad Shows You How to Hold Your Baby…And It’s Hilarious!!
Advertisement